Malaysia is one of the most beautiful countries in South East Asia. Even though it is a Muslim country, it is considered to be a multi-ethnic melting pot of different religions. There is a unique blend of the Chinese, Indian, Thai, and Malay population including people from other parts of the world which makes this country truly diverse. This diversity is reflected in the beautiful temples and mosques built all over the country. There are much more, but we have listed a few of them in this article.

This gorgeous mosque was built over a period of 8 long years and it was opened to the public in the year 2000. The design of the mosque is inspired by the second holiest site in Islam, the Nabawi Mosque. Located on the South China Sea, this mosque is surrounded partially by a lagoon and some paddle boats, which are used to offer stunning views of the mosque’s structure from the water.

This magnificent temple is located in Cannon Square, in the heart of the George Town city. This is one of the grand and ornate Chinese clan temple ever built in Malaysia. This is one of the most popular attractions in the city. The holy site is also home to a traditional theater and 19th-century style row houses for the clan members apart from the main temple building. This temple is an indication of the strong Chinese population existing in Malaysia.

Situated in the heart of the Kuala Lumpur city at the intersection of Kelang and Gombak rivers. This marvelous piece of architecture was opened to the public in the year 1909 and it holds the dubious distinction of being the oldest mosque existing in the city. It is also referred as the ‘Friday Mosque’ because on every Friday, the crowd of worshippers who visit the mosque overflow in to the nearby streets.

This beautiful temple was built by the Hainanese community of Kuala Lumpur and is situated on the 1.6 acres atop Robson Heights in the city center. The temple was opened to the public in the year 1989 and it took nearly 6 years to build this architectural wonder. One of the key highlights of this temple are the 3 goddess sculptures placed in the prayer hall: Tian Hou, Guan Yin, and Shui Wei Sheng Niang, which are the Heavenly Mothers, Goddess of Mercy, Goddess of the Waterfront respectively.

The star attraction of this mosque is the pink dome which is placed in the center of the Putrajaya Malaysia. This signature is derived from the rose colored hue from the pink granite which was used for its construction. This massive mosque which stands at 377 feet tall has 5 tiers, with each tier representing the pillars of the Islamic religion. It can accommodate close to 15,000 devotees at any point in time.

Situated on the edge of Chinatown in Kuala Lumpur, this is the oldest functioning Hindu Temple existing in Malaysia. It served as a place of worship for the Indian immigrants to Malaysia in the last century. It was built in the year 1873, and the vibrant and colorful ‘Raja Gopuram’ tower was later added in the year 1968. This 5 tier tower reflects a traditional South Indian style architecture.

Also referred as Masjid Kristal, it gets its name from the fact that crystal was used while building this mosque along with glass and steel. Apart from the sleek modern design which attracts several visitors, the entire building is Wi-Fi enabled and equipped with modern IT facilities.

This temple is situated on an island in the Penang state of Malaysia, just south of George Town. It is also called the Kek Lok Si Temple or the Temple of Supreme Bliss. This ancient Buddhist temple combines the excellence of Chinese, Burmese, and Thai architectural styles and was constructed in the 1800s. On record, this is the largest Buddhist temple in Southeast Asia. It gets visitors from all over the world.

The Floating Mosque or Tengku Tengah Zaharah is situated in a lagoon near Kuala Terengganu on the northeastern coast of Malaysia. This stark white building was opened to the public in the year 1995. Its architecture is a rare combination of typical Malay architecture coupled with bold modern designs, which makes it one of the beautiful mosques in Malaysia.

The beautiful limestone caves which surround the Batu Caves Temple is said to approximately 400 million years old. This cave is one of the popular Hindu temples outside India and draws enough attention from people from all around the world due to the ancient stone caves and gorgeous Hindu shrines. There are 3 main caves at this site, and for visitors who wish to reach the highest spot, they need to climb a staggering 272 steps.

This magnificent piece of architecture was open to the public in the year 2006. It was built on the man-made island near Malacca Town, which is south of Kuala Lumpur for approximately US$ 3.16 million. You will feel like the temple is floating in the ocean when the water levels are high.

Often referred as the Tuanku Mizan Zainal Abidin Mosque, this Iron Mosque is located in the territory of Putrajaya, south of Kuala Lumpur. It took nearly 5 years or more to build this architectural marvel and it was opened to the public in the year 2010. The name ‘Iran Mosque’ comes from the fact that 70% of its body structure is made of steel. Other key highlights of this mosque are the steel mesh windows that serve as a natural air conditioner to the visitors. 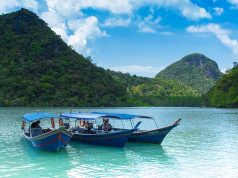 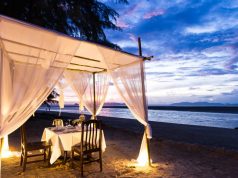 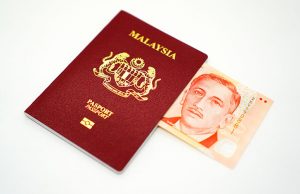